Each year, tuberculosis (TB) kills more people than any other single infectious disease. Although tuberculosis can often be treated through a long and grueling course of antibiotics, not everyone is completely cured. 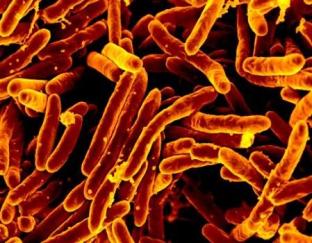 Even among patients who are infected with Mycobacterium tuberculosis (Mtb) strains that are considered to be susceptible to the standard treatment regimen, 5 percent of patients relapse within six months of completing standard treatment. Scientists supported by the National Institute of Allergy and Infectious Diseases (NIAID), part of the National Institutes of Health, and through NIAID’s Tuberculosis Research Units Network (TBRU-N), found that a more refined analysis of TB strains collected from volunteers before treatment could accurately predict whether those volunteers would be likely to relapse after standard treatment was completed.

The consequences of TB relapse can reach beyond an individual patient, as any bacteria that remain in the patient after treatment has ended are more likely to be resistant to antibiotics. Multidrug-resistant tuberculosis is often much more difficult to treat, and its spread is a serious concern.

If health professionals could know whether a patient might relapse after standard treatment, they could decide to prescribe a different, or longer, treatment regimen. However, predicting whether a patient will relapse can be difficult. Research published in the New England Journal of Medicine in August sought to determine if identifying the level of drug required to kill the Mtb strains in a new patient’s sputum, a viscous mucus, could predict whether the patient would relapse later, once treatment was complete.

The researchers used data and samples from volunteers who had participated in a prior study run by the Tuberculosis Trial Consortium(link is external) of the Centers for Disease Control and Prevention. Roughly 1,000 adult volunteers from the United States and Canada, all of whom tested positive to drug-susceptible TB, enrolled in the study between April 1995 and February 2001. Before the study began, volunteers gave samples of sputum, which were stored for later testing. Volunteers then underwent both eight weeks of standard antibiotic therapy and an additional 16 weeks of either once-per-week rifapentine and isoniazid treatments, or twice-weekly rifampicin and isoniazid treatments. For two years after treatment completion, researchers followed the volunteers, noting who relapsed.

The researchers then conducted a follow-up study to validate their model using a group of volunteers enrolled in a different study led by NIAID’s Division of Microbiology and Infectious Diseases at sites in Brazil, the Philippines, and Uganda. These volunteers, who had also been diagnosed with drug-susceptible TB, also provided sputum samples prior to undergoing standard treatment with isoniazid, rifampin, ethambutol, and pyrazinamide, followed by two months of isoniazid and rifampin. Some volunteers were randomly assigned to an additional two months of isoniazid and rifampin. Using the model developed in the first study, researchers demonstrated that bacteria in pre-treatment sputum samples from 11 volunteers who experienced a relapse required higher concentrations of drugs to be killed in culture, as compared to bacteria cultured from pre-treatment sputum from 14 volunteers who did not relapse.

The results of this study provide a first step in identifying which patients are likely to relapse after completion of TB standard therapy. This has the potential to improve TB treatment success rates and decrease the development of drug-resistant Mtb.

Like Loading...
‹ The Trade and Development Bank and USAID Sign Memorandum of Understanding to Power Africa
Mondelēz International Calls for 100% Sustainability and 100% Transparency in Palm Oil Sourcing ›