The Emergency Committee on the Ebola virus disease outbreak in the Democratic Republic of the Congo says a Public Health Emergency of International Concern (PHEIC) should not be declared at this time. 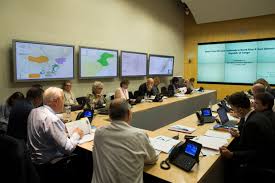 The meeting of the Emergency Committee convened by the WHO Director-General under the International Health Regulations (IHR) (2005) regarding the Ebola Virus Disease (EVD) outbreak in the Democratic Republic of the Congo took place on Wednesday, 17 October 2018.

The Committee however, remains deeply concerned by the outbreak and emphasized that response activities need to be intensified and ongoing vigilance is critical. The Committee also noted the very complex security situation.

The WHO was notified by the Ministry of Health of the Democratic Republic of the Congo of Ebola Virus Disease in North Kivu province on 1 August, cases were also subsequently found in Ituri Province. From 4 May to 15 October 2018, 216 EVD cases were reported, of which 181 are confirmed and 35 are probable; 139 total deaths have occurred, of which 104 are confirmed and 35 are probable. The global case fatality rate stands at 64% overall, and at 57% among confirmed cases.

Nine neighbouring countries have been advised that they are at high risk of spread and have been supported with equipment and personnel. Particular emphasis has been placed on Uganda, Rwanda, Burundi, and South Sudan in terms of preparedness activities.

After discussion and deliberation on the information provided, the Committee concluded that this Ebola outbreak is taking place in a particularly complex context and poses several important challenges: