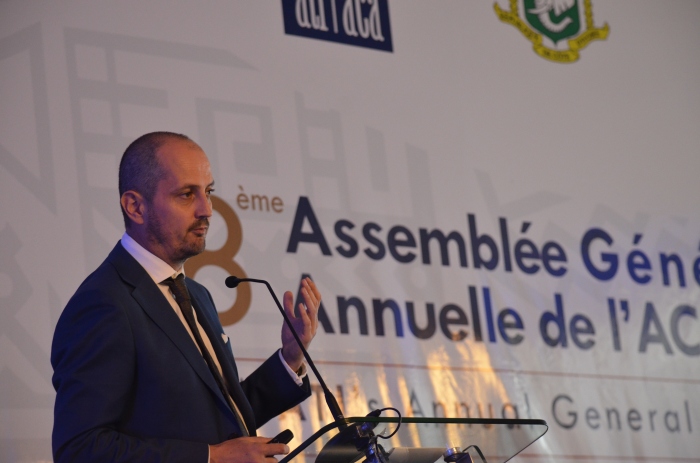 Global and African financial heads have identified country risk as the biggest challenge to their ability to lend more to African countries.

Speaking in Abidjan during a one-day forum on investment risks in Africa hosted by the African Trade Insurance Agency (ATI) (www.ATI-aca.org), experts acknowledged that the abundance of current liquidity in the market did nothing to alleviate the capacity constraints faced by most banks when doing business in Africa.

Lenders are bound by regulations that prevent them from lending significant amounts to sub-investment grade sovereigns, which is the case for most African countries.  Institutions such as ATI that can offer investment insurance can help to mitigate the risks and thereby bring added lending and investment capacity to African markets. Without an increased ceiling in limits, international lenders will continue to be constrained on the amounts they are able to lend both at the sovereign and corporate levels.

Experts attending the forum also noted positive movements in countries such as Ghana and Senegal for instance, which were recently put on positive watch by the rating agency S&P. This was largely based on the dividends anticipated from key infrastructure developments and investor-friendly policies. In Senegal, for example, the country has restructured its commercial laws, implemented a Public Private Partnership law that ensures all signed public contracts in the oil and gas sector are published and created a department of competition tasked with working hand in hand with investors.

Most government representatives at the meeting also noted their countries efforts to ramp up value addition in the agriculture sector along with an emphasis on removing barriers to trade within the continent. Jean-Louis Ekra, the former President of Afreximbank observed that Africa is in fact moving in a different direction than the current protectionist tendencies of Western countries. In contrast, Africa is uniting under the banner of the African Continental Free Trade Area, which will become the world’s largest trade area.

While participants agreed that the risk perception in Africa is typically greater than the on-the-ground reality, they also recognized that making Africa less risky would require a concerted focus aimed at improving the overall business environment in order to address the risks that do exist.  According to a recent Moody’s report, 40 to 50% of defaults in developing markets are directly linked to country risks. During the forum, panellists discussed low-cost solutions that could help countries reduce their risk including ensuring fair adherence to existing regulations.

“One of our roles at ATI is to educate governments to make them aware of the elements that international investors consider in their assessment of country risks. If countries are made aware that any drastic changes they make to legislation, for instance, could be a key political risk factor, they may make better choices and create more fertile environments for the private sector,” commented John Lentaigne, ATI’s Chief Underwriting Officer. He added that “a stable investment climate can be demonstrably and directly linked to growth.”

Despite Africa’s perceived risks, ECGC, India’s export credit agency and international broker, BPL Global, who have a combined USD142 billion worth of exposures, noted a relatively low claims and reasonable recovery experience in Africa. Out of BPL’s USD42 billion in current exposures which is insured with international investment risk providers 8 billion of this exposure is in Africa, where the company has historically recorded USD230 million in claims of which USD123 million has subsequently been recovered.

International lenders and insurers commented on the importance of ATI’s participation to make projects bankable through its preferred creditor status and relationships with African governments. This was seen as ATI’s core value proposition.

In his address to participants, Pierre Guislain the Vice-President responsible for Private Sector, Infrastructure and Industrialization of the African Development Bank noted the Bank’s commitment to transform the relationship with ATI into a strategic partnership that can leverage its reach and help countries accelerate regional integration.

ATI, a multilateral investment and trade credit insurer posted record results in 2017 for the sixth consecutive year with USD10 million in profits representing a 55% increase over 2016 and USD2.4 billion in gross exposures.