Home › Politics › Ethiopians want love and forgiveness. But they want justice too

Ethiopians want love and forgiveness. But they want justice too 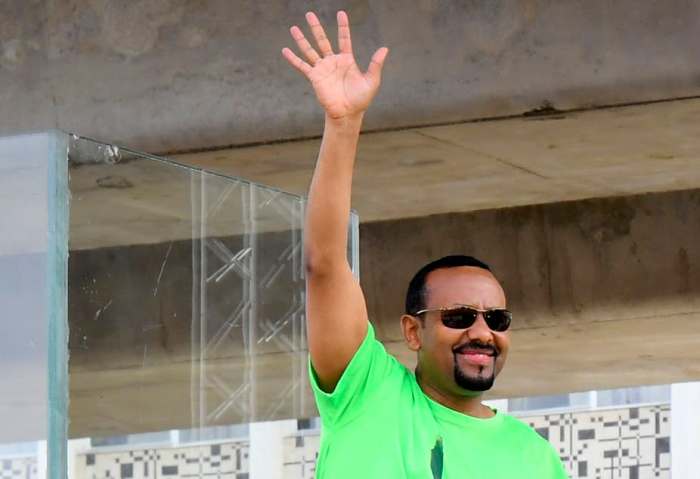 In its long history, Ethiopia has seen a few political contours. These range from politics based on alleged divine will to scientific materialism – as a rejection of divine ascription – and to ethno-linguistic politics. While political personalities greatly differed from one another, one can legitimately argue that authoritarianism, the use of force and fear as a means of governing was common to all of them.

Ethiopia’s Prime Minister Abiy Ahmed so far has shown that he is a different breed. It’s as though he came already conscious of the abject failure of displays of strength, aloofness and fear in leadership role. He replaced aloofness with authenticity and went as far as acknowledging that his party was committing terrorist acts. People found him easy to trust. Instead of strength and force, he deployed a rather vulnerable alternative – love. People across ethnic and religious boundaries reciprocated the affection.

Former leaders administered justice by killing or putting their predecessors and opponents behind the bars. But he opted to pardon the incarcerated politicians, activists and journalists. Abiy said,

Emperor Haile Selassie did this to Lij Eyasu, Mengistu Hailemariam did it to Haile Selassie. This cycle has to be stopped by means of forgiveness, because it didn’t help.

Forgiveness, therefore, captures his sense of justice so far. And love. A keen student of religions and traditional systems of knowledge, he understood that Ethiopians, for a long time, were negotiating their coexistence by means of love and forgiveness.

His narrative world, albeit utopian, is accessible and enchanting. Despite the imminent dangers, many who turned up to the recent support rallies, were defending not only their new leader, but also a narrative world in which Abiy and people are finding common ground. Instead of demanding them to come to him, his narrative found the people where they were.

The language of love and reconciliation also colours his diplomatic agenda. His positive message of togetherness has won friendship with Djibouti, Sudan, South Sudan, Somaliland and even Eritrea.

Doubtless, this approach is his greatest strength. Because of it, he has amassed political capital both at home and abroad. But, it could be his greatest weakness too. There are those who oppose him and are prepared to use violence to stop his reform agenda, and render the country ungovernable. Besides sporadic ethnic clashes, there have been some high profile assassinations (and an attempted assasination) that remained shrouded in mystery. The country manager of Dangote Cement was killed in Oromia region. It’s not yet known who committed the atrocity. Another shocking incident was the murder of Simegne Bekele, the manager of Grand Renaissance Dam. While there is no evidence to show that these two individuals were his allies, the killings seem to be intended to create confusion and chaos. There was also an attempted assasinationtargeting the prime minister himself.

Despite his hesitation to name the culprits, the demand for justice is growing louder. Here are the reasons.

Love and forgiveness not enough

Firstly, Abiy’s conciliatory tone has played a soothing role in the nation that was reeling from a variety of injustices including economic marginalisation, ethnic discrimination, arbitrary incarcerations, unlawful killing. It has eased the collective anxiety, injected hope and brought a sense of togetherness in a way that transcends ethnic and religious differences.

But the politics of love should not be taken as a replacement for justice. It should rather be seen as complementary. The plight of those who are still living through the pain of being wronged should be addressed to ensure sustainable peace.

Abiy runs the only institution – the state – with coercive power and tools to maintain order. The military, police and judiciary arms of the government, among others, are directly accountable to him. Abiy needs to channel his energy on the strength of his office, and use his power to ensure these institutions administer justice.

Secondly, the state needs to work with organisations which are better positioned to promote his agenda of social harmony. Abiy is already aware of this. He has talked about the critical roles of the Gada Systemand Shimglina – traditional means of moderation, adjudication and peacemaking – and religious institutions.

Thirdly, people who have been wronged need answers. Unaddressed injustice could breed anger – a recipe for revenge. When justice is delayed or goes unaddressed, it provides a justification for those who want to sort things out on their own.

For example, there has been an attempt to destroy the properties of Tigrayans in Amhara region as a response to the unjust displacement of Amhara residents in Benishangul Gumuz. Another example is the damage to property in Debre Markos when people decided to deliver mob justice by capturing a member of old guards of the ruling coalition.

These incidents show the direction things could take if Abiy’s administration fails to make justice part of his reform effort. Justice needs to run its course before victims are transformed into perpetrators.

Fourthly, there are still dark places in nation’s political landscape. Despite his best effort of setting a conciliatory tone, some are still bitter, because they feel they are on the losing side. In Somali region, shocking reports of human rights abuses are surfacing.

As it stands, Abiy’s Ethiopia is taking strides in the right direction, but there is a long way to go. It is endearing to have a political leader with a rare pastoral quality. But his premiership will be judged by how safe he keeps the nation, by how he protects the weakest from those who have political and economic muscle, and by the degree of economic progress and fairness of its distribution.

The article was first published by the Conversation

Like Loading...
‹ MDXi joins Data Centre leaders and Uptime Institute to discuss Africa’s digital transformation
When it comes to breastfeeding, ‘timing is everything’ in saving newborn lives – UNICEF chief ›