NIH-funded study adds to growing evidence that condition is more aggressive in youth.

In youth with impaired glucose tolerance or recent-onset type 2 diabetes, neither initial treatment with long-acting insulin followed by the drug metformin, nor metformin alone preserved the body’s ability to make insulin, according to results published online(link is external) June 25 in Diabetes Care.

The publication is concurrent to a presentation of the results at the American Diabetes Association Scientific Sessions in Orlando, Florida.

The results come from a study of 91 youth ages 10-19, part of the larger Restoring Insulin Secretion (RISE) study. To determine if early, aggressive treatment would improve outcomes, participants at four study sites were randomly assigned to one of two treatment groups. The first received three months of glargine — a long-acting insulin — followed by nine months of metformin. The second received only metformin for 12 months. Participants were then monitored for three more months after treatment ended. RISE was funded primarily by the National Institute of Diabetes and Digestive and Kidney Diseases (NIDDK) of the National Institutes of Health.

The RISE Pediatric Medication Study found that beta cell function — key to the body’s ability to make and release insulin — declined in both groups during treatment and worsened after treatment ended. An earlier NIH-funded study also found that type 2 diabetes progresses more rapidly in youth than previously reported in adults despite comparable treatment.

“Only two drugs are currently approved for youth with type 2 diabetes, and we were disheartened to find that neither effectively slows disease progression,” said Dr. Ellen Leschek, project scientist for the RISE Consortium and program director in NIDDK’s Division of Diabetes, Endocrinology, and Metabolic Diseases. “Type 2 diabetes in youth has grown with the obesity epidemic, and we need treatments that work for kids. It’s clear from this study and others that type 2 diabetes in youth is more aggressive than in adults.” 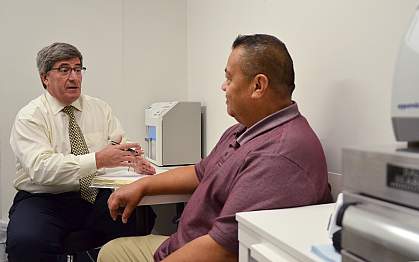 The results were published concurrently in Diabetes Care with two other manuscripts that compared participants of the pediatric trial with their adult counterparts in two other RISE trials. Using baseline assessments, RISE researchers found that the youth had more insulin resistance and other signs of disease progression than their adult counterparts at the same stage in the disease, results consistent with other earlier studies. As well, the pediatric group at baseline responded to the severe insulin resistance with a greater insulin response than adults, potentially a reason for the youth’s more rapid loss of beta cell function.

While the RISE pediatric group’s treatments did not preserve or improve beta cell function, results showed modest improvement in blood glucose with metformin in both groups.

“Metformin is still a useful method to lower the blood glucose levels of youth with type 2 diabetes, but metformin alone is not a long-term solution for many youth,” said Dr. Kristen Nadeau, principal investigator of the RISE Pediatric Medication Study and professor of pediatric endocrinology at the University of Colorado, Anschutz Medical Campus. “As RISE shows, there is an urgent and growing need for more research to find options to adequately slow or prevent progression of type 2 diabetes in youth.”

The longer a person has type 2 diabetes, the greater the likelihood of developing complications including heart, kidney, eye, and nerve diseases, making it critical for young people with type 2 diabetes to quickly achieve and sustain control of their blood glucose.  However, because type 2 diabetes has historically been an adult condition, information about how to effectively treat youth is limited, and pediatric diabetes experts have had to rely on best practices for adult treatment – an imperfect translation given the differences in physiology between the groups.

“Our understanding of how type 2 diabetes affects youth is still maturing, and we must continue to explore treatments to ensure that these young people can live long, healthy lives,” said NIDDK Director Dr. Griffin P. Rodgers. “These results give us another piece of the puzzle to find which therapies will treat youth with type 2 diabetes.”

The RISE Consortium comprises three trials, all using similar assessments to measure results, to be compared with one another when all trials of the study are completed. The goal of RISE is to find ways to reverse or slow the loss of insulin production and insulin release, so people at risk for type 2 diabetes or recently diagnosed with the disease can stay healthier longer.

The RISE Pediatric Medication Study (NCT01779375) was conducted at the Children’s Hospital Colorado/University of Colorado, Aurora; Children’s Hospital of Pittsburgh; Yale University, New Haven, Connecticut; and Indiana University, Indianapolis. The RISE adult trials are being conducted at VA Puget Sound Health Care System and University of Washington, both in Seattle; Indiana University; and the University of Chicago and Jesse Brown VA Medical Center, Chicago (NCT01779362); and at the University of Southern California, Los Angeles (NCT01763346). The RISE Coordinating Center is at The George Washington University Biostatistics Center, Rockville, Maryland. Learn more about RISE at www.risestudy.org(link is external).

The NIDDK, part of the NIH, conducts and supports basic and clinical research and research training on some of the most common, severe, and disabling conditions affecting Americans. The Institute’s research interests include: diabetes and other endocrine and metabolic diseases; digestive diseases, nutrition, and obesity; and kidney, urologic, and hematologic diseases.