Many of the world’s billionaires had fortunes already laid down for them to build on. Although this makes life a lot easier for the few opportuned individuals, many others who attained this billionaire status built everything from nothing.

In Africa, there are a few billionaires who built multi-billion dollar empires from absolutely nothing and non-wealthy beginnings. These wealthy African entrepreneurs, through their success stories, have given hope to thousands of smart and determined young Africans willing to put in the effort to someday reach the self-made billionaire dollar status.

While not everyone can someday be labeled a billionaire, some eventually will, and many others will become millionaires and multi-millionaires.

The short stories of these 5 successful African entrepreneurs will drive a sense of purpose to many who read this, and perhaps, set you up better motivated to strive for even greater achievements. 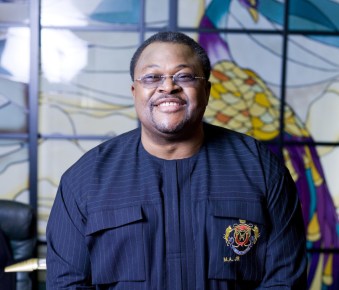 This Nigerian billionaire is stipulated by the Forbes billionaire list 2017, to be worth about $6.1 billion U.S dollars. He’s the second wealthiest Nigerian, after Aliko Dangote, and also owns the second largest telecoms operator in Nigeria, with locations in Ghana, and the Benin Republic.

Born on the 29th of April 1953 to Michael Agbolade Adenuga, a school teacher, he received his secondary education in Ibadan, Nigeria. Upon proceeding to the University, he worked as a taxi driver to help fund his education, and eventually graduated from the Northwestern Oklahoma University and the Pace University, New York, with degrees in Business Administration.

When Adenuga returned from America to Nigeria, he took over his mother’s small business and sold laces, coca-cola products, and other commodities. As he grew the business to sustainable heights, his revenues rose, till the venture became a larger enterprise.

In  1990, he got an oil drilling license from the Nigerian government and realized he had struck gold, when in 1991, his company discovered oil in the shallow waters of south western Ondo state, in Nigeria.

Today, the rest is history, as he has investments in Telecommunications, Banking, Oil & Gas, and several other sectors of the Nigerian economy. 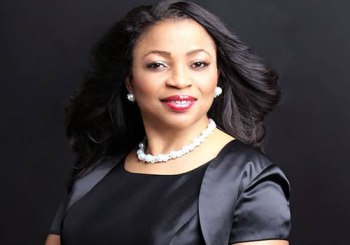 Mrs. Alakija is the wealthiest Nigerian woman, and also the second wealthiest African woman with a personal net worth of about $1.61 billion U.S dollars, according to the Forbes billionaire list 2017. She has investments in fashion, oil, and the printing industries.

Alakija was born in 1951 to Chief L.A Ogbara in Lagos State, Nigeria. At the age of seven, she relocated to the United Kingdom to engage in a four-year primary school education program. After returning to Nigeria, she traveled yet again to London to study fashion.

When she was finally done with her fashion education, she returned to Nigeria and started working as an executive secretary at Sijuade Enterprises. She later moved on to another company and worked for some years before establishing a tailoring company called Supreme Stitches. Her tailoring business got popular over the years, and subsequently, its in-house brand, Rose of Sharon House of Fashion, became a household name among the Nigerian elites.

In 1993, she applied for an oil prospecting license from the Nigerian government. The license was granted to her company, Famfa Oil, which is situated on a 617,000 acre block, now referred to as OPL 216.

Alakija’s success-story shows one who always takes advantages of opportunities at the right time. From the success of her fashion line, she was able to venture into the oil business, and is today one of the most powerful women in the world. 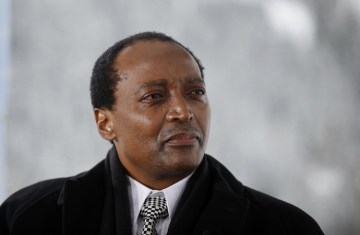 Patrice Motsepe is a South African mining magnate. Born on the 28th of January, 1962, to a school teacher turn businessman, Augustine Motsepe, Patrice grew up learning a lot of his basic entrepreneurial knowledge from his father.

At that time, his area of focus was in mining and business law, where he saw an opportunity, and so founded a mining services business to clean gold dust from inside mine shafts.

In 1997, with the price of gold low at the time, he purchased marginal gold mines at a favourable cost, and subsequently started a string of purchases by buying operating mines, which eventually led to his optimal wealth.

As of 2017, according to the Forbes billionaire list, Patrice’s net worth is estimated to be placed at about $1.81 billion U.S dollars. 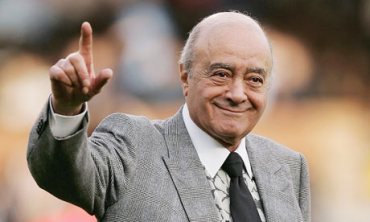 Mohamed is a business mogul born and raised in Egypt. Also born to a school teacher, he made his first trial at entrepreneurship by selling home-made lemonade at school. Many years later, he founded a shipping company with his brothers in Egypt, and later moved its operating base to Genoa, Italy, with other offices in London.

In the mid 1960’s, Al-Fayed got in acquaintance with the ruler of Dubai, Sheikh Rashid Al Makhtoum, who later entrusted him with a part responsibility in helping to transform Dubai. Given this task, Al-Fayed brought in construction companies like the Costain Group, Taylor Woodrow, and Sunley & Sons to execute the construction project.

He later went on to become a financial advisor to the Sultan of Brunei, Omar Ali Saifuddien III, in 1966.

Mohamed Al-Fayed, according to the Forbes billionaire list 2017, is estimated to be worth about $1.82 billion U.S Dollars, and resides in Geneva, Switzerland. 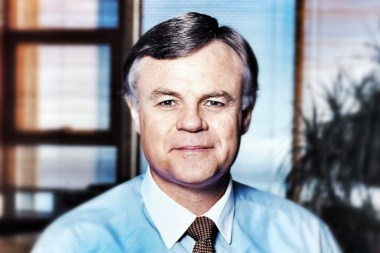 Koos Bekker is the founder and chairman of the African media group, Naspers. The company is located in about 130 countries, and is listed both on the London & South African stock exchange.

Koos was born in South Africa on December 14th, 1952. He got his bachelors degrees from Stellenbosch University in Law and Literature, and Wits University in Law. He later got an MBA from the Columbia Business School, and as a result of a project paper, he and some of his friends founded the first pay-tv service (M-Net, Multi-Choice, and more) outside of the United States. He’s also one of the founding directors of the largest telecommunication company in Africa, MTN.

According to the Forbes billionaire list 2017, Koos Bekker is estimated to be worth about $2.1 billion U.S dollars.

To Sum It Up

Stan Edom is an entrepreneur with an expertise in supply chain management, energy resources, small business development, e-commerce, internet startups and agriculture. He partners with energy companies, mining companies, government organizations, AD agencies, and other types of businesses to bring their projects to life.

Composing thoughts: mental handwriting produces brain activity that can be turned into text

Could Future Homes on the Moon and Mars Be Made of Fungi?