The Gambia has launched a National Summary Data Page (NSDP) in implementing the recommendations of the Enhanced General Data Dissemination System (e-GDDS). 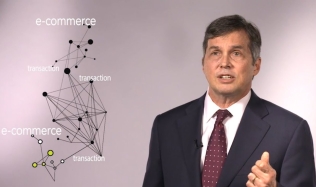 The NSDP is a national data portal that serves as a one-stop vehicle for publishing essential macroeconomic data in both human and machine-readable formats. The NSDP is hosted by the Gambia Bureau of Statistics on its website, and is available on the IMF’s Dissemination Standards Bulletin Board at:https://dsbb.imf.org/Pages/GDDS/CtyCtgList.aspx?ctycode=GMB.

The e-GDDS was endorsed by the IMF’s Executive Board in May 2015 to support improved data transparency, encourage statistical development, and help create synergies between data dissemination and surveillance. The e-GDDS supersedes the GDDS, which was established in 1997.

Publication of essential macroeconomic data through the NSDP will provide national policy makers and a broad range of domestic and international stakeholders, including investors and rating agencies, with easy access to information that the IMF’s Executive Board has identified as critical for monitoring economic conditions and policies. Making this information simultaneously available to all users will bring greater data transparency.

To mark this major milestone in The Gambia’s statistical development, Mr. Sanna Manjang, Senior Statistician at the Gambia Bureau of Statistics noted that “the implementation of the e-GDDS will facilitate our efforts to improve data dissemination.”

Louis Marc Ducharme, Director of the IMF’s Statistics Department, welcomed this major milestone in the country’s statistical development. “I congratulate the authorities of The Gambia for the launch of the NSDP, an important step forward in data dissemination. I am confident that The Gambia will benefit from using the e-GDDS as a framework for further development of its statistical system.”

The Gambia has benefitted from a project on the Improvement of Data Dissemination in Africa financed by the United Kingdom’s Department for International Development.

Like Loading...
‹ Unrealized Potential: The High Cost of Gender Inequality in Earnings
IMF Executive Board approves US$ 4.3 Million Disbursement for Guinea-Bissau ›