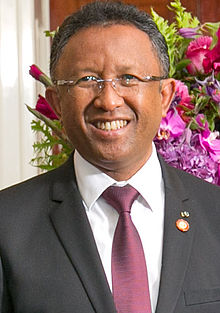 Good progress was made during the discussions, and they will continue in the coming weeks. Following conclusion of ongoing discussions, the IMF Executive Board could consider the third ECF review in June 2018.

At the end of the mission, Mr. Mills issued the following statement:

“Madagascar’s economic conditions remain favorable, with sustained growth and macroeconomic stability in spite of some shocks. Economic growth was estimated at 4.2 percent in 2017, despite the effects of a major cyclone and drought on agriculture and hydropower, as well as an outbreak of the plague on tourism. Growing export revenues from vanilla—boosted by high prices—and light manufactured goods led to a strong currency and created room for a substantial accumulation of foreign exchange reserves, which exceeded 4 months of imports at end-2017. The central bank has appropriately managed an associated increase in bank liquidity. Growth is projected to accelerate to 5.0 percent in 2018, led by rising public investment, continued growth in manufacturing, a rebound in agriculture and a recovery in the mining sector. Inflation is expected to decline gradually to below 8 percent by end-2018, after it rose slightly to 9 percent in 2017 due to weather-related shocks.

“Performance under the ECF-supported program remains broadly satisfactory. Based on current data, all quantitative performance targets for end-December were met and for most with a large margin. In particular, reserve accumulation and the fiscal balance continued to exceed program targets. Implementation of structural reforms in the program generally advanced as planned, except for fuel pricing and a minor delay in the new statistics law.

“Financial difficulties at the state-owned public utility JIRAMA continue to weigh heavily on public finances despite the launch of an ambitious plan to restructure the company. Large losses last year exacerbated by the drought exceeded budgeted transfers, putting additional pressure on public resources. Under the authorities’ current plans, JIRAMA’s transfer needs are also expected to exceed budgeted transfers this year, as higher world fuel prices and service on the debt accumulated in recent years offset the impact of favorable rainfall on hydropower production. Staff urged the authorities to implement measures to limit these operational losses and JIRAMA’s need for government transfers. In addition, higher than expected needs for the government’s wage bill and pensions will also require increased public resources.

“Discussions also addressed priority medium-term structural reforms in monetary policy, financial sector development, and public investment. The BFM continues to develop its operational framework for monetary operations, through a better focus on managing excess bank liquidity and strengthening the legislative framework. The central bank and the ministry of finance and budget also plan to update the legal and regulatory framework for the operation of the foreign exchange market. Building on the Financial System Stability Assessment (FSSA), the authorities will update the legal and regulatory supervisory framework, move towards risk-based prudential supervision, and submit a revised banking law by year end. They are also working to speed up the execution of investment spending that is central to the program’s growth strategy. The recently adopted investment management strategy should improve implementation monitoring and ensure the consistency of new investment projects with the national development strategy.

On governance, staff stressed the vital importance of enacting the asset recovery and Anti-Money Laundering laws submitted to parliament, to fight corruption and maintain good banking relationships internationally. It also remains important to follow through with implementation of the strengthened anti-corruption legislation, asset declaration framework, and improvements to public financial management.

“The mission thanks the Malagasy authorities for their strong cooperation and the constructive discussions.”

The ECF is a lending arrangement that provides sustained program engagement over the medium to long term in case of protracted balance of payments problems. The arrangement for Madagascar in the amount of SDR 220 million (about US$304.7 million or 180 percent of quota) was approved by the IMF Executive Board on July 28, 2016 (see Press Release No. 16/ 370 ). Augmentation of access was granted under the program for SDR 30.55 million (about US$42.39 million or 12.5 percent of the country’s quota) following the IMF Executive Board meeting on June 28, 2017 (see Country Report No. 17/223 ).