Despite faster growth than its regional peers over the last decade, partly driven by capital-intensive mining and infrastructure projects, the IMF says Lesotho is still faced with high levels of unemployment, poverty, and inequality persist. 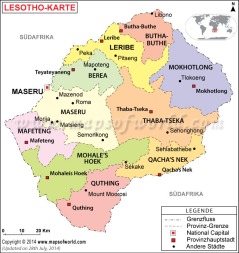 On February 14, 2018, the Executive Board of the International Monetary Fund (IMF) concluded the Article IV consultation with the Kingdom of Lesotho.

An expansionary fiscal stance has shielded the economy from external shocks recently, but at the cost of shrinking buffers. A steep decline in Southern African Customs Union (SACU) transfers, a major source of government revenue, will result in a fiscal deficit that is likely to exceed 6 percent of GDP for the second year. The government is financing the deficit by using its deposits at the Central Bank of Lesotho (CBL), causing a sharp drop in the CBL’s international reserves. The drop in reserves is compounded by weaker remittances and demand for exports, particularly from South Africa.

With SACU revenues only expected to recover in FY 2020/21 in line with the cyclical upswing in South Africa, the outlook is fragile. Addressing the fiscal and external challenges remains difficult in an environment of high inequality and weak institutions. While tax revenues are already relatively high, there is scope for expenditure measures, including by reducing the very high public wage bill. However, efforts by the authorities to stabilize the political environment, including by implementing the recommendations of the Southern African Development Community (SADC), should contribute to macroeconomic stability. 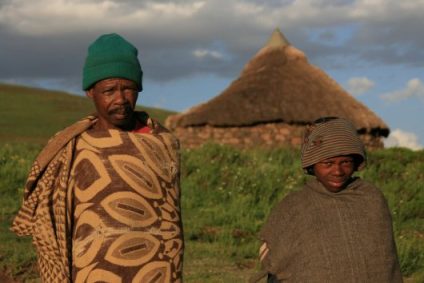 Lesotho is still faced with high levels of unemployment and poverty

The banking system is generally sound, but its impact on growth is limited and formal financial access remains low. While further work will be necessary to reduce the high levels of household debt, banks’ capitalization and liquidity are sufficient to weather major shocks. Rapid growth in the mobile money sector has brought a welcome increase in financial inclusion levels. Speedy implementation of the new supervision framework for the non-bank financial sector has the potential to further strengthen stability. Improvements to financial access and oversight would complement private sector development efforts, which are critical to reduce inequality. The new government’s focus on promoting more labor-intensive sectors such as agriculture and tourism and reducing red tape to open a business also could help stimulate the demand for labor.

Directors noted that even as recent expansionary fiscal policy has depleted fiscal buffers and undermined sustainability, adjustment will be politically challenging. Against this backdrop, Directors strongly encouraged the Lesotho authorities to undertake decisive fiscal adjustment to restore macroeconomic stability. They also encouraged the authorities to implement their development agenda and structural reforms to enhance resilience and lay the foundations for higher, inclusive growth.

Directors stressed that fiscal adjustment should prioritize expenditure measures. Reducing the high public wage bill is essential to achieve fiscal sustainability. Public financial management reform can help reduce spending inefficiencies and improve the quality of social services. These efforts can be complemented by measures to improve domestic resource mobilization, including selective measures to broaden the tax base and improve administration. In these efforts, steps should be taken to protect the vulnerable sections of society.

Directors noted the scope to increase financing over the medium term. Improvements in domestic debt management can help to reliably finance the budget while external financing offers opportunities to ease the impact of fiscal consolidation. However, external financing should be used to advance high quality infrastructure projects, with a significant grant element. External financing at commercial terms would add to vulnerabilities in an already fragile environment.

As regards the financial sector, Directors recognized that banks in Lesotho are well‑positioned to absorb a negative shock while the newly‑established credit bureau and a cap on payroll deductions are important steps towards tackling household indebtedness. Improved macroeconomic management, wider use of mobile money and an increased role for the Post Bank will support efforts to enhance private sector credit growth. Directors commended the Central Bank of Lesotho (CBL) for implementing the new supervisory architecture for the non‑bank financial sector which has the potential to strengthen stability and improve the contribution to financial inclusion. The CBL can reduce pressure on reserves by raising the cap on treasury bill issuances and adjusting the liquid asset requirement for banks.

Directors commended efforts to develop the private sector which are critical to create broad‑based growth and ease the impact of fiscal adjustment. Competitive wages and proximity to a large neighbor provide business opportunities. Directors underscored that promotion of labor‑intensive industries should be complemented by measures to reduce red‑tape. Over the longer term, improving the quality of health and education spending will support human capital development and reduce inequality.