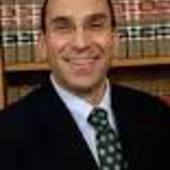 South Africa’s Reserve Bank Governor, Lesetja Kganyago, has been selected as the first sub-Saharan African to serve as chair of the International Monetary and Finance Committee. The chair is appointed by consensus. The three-year appointment is not only an impressive personal achievement, it’s also a significant opportunity for South Africa and the African continent.

The finance committee plays an important role in global economic governance. Its 24 members, who are ministers of finance and central bank governors, represent constituencies of the International Monetary Fund’s (IMF’s) Board of Governors. It meets twice a year to discuss an agenda prepared by the IMF’s managing director and the commitee’s chair.

It’s mandate is to advise the board of governors which is the IMF’s highest decision making body. The committee’s remit is to oversee the “supervision and management of the international monetary and financial system” and to provide strategic guidance to the IMF’s management and board.

Kganyago is becoming chair at a sensitive time. For almost 70 years, the global economy and global economic governance institutions like the IMF have been dominated by the US. This dominance had been slowly eroding. Under President Donald Trump the process is accelerating. The US appears to be retreating from full engagement with the world and is rapidly losing its authority as the responsible leader of the global order.

This fluid situation will create both opportunities and risks over the next three years. If well managed, the changing balance of forces could lead to global economic governance arrangements that are more representative and more focused on promoting a sustainable and inclusive global economy. But if mismanaged, they could precipitate a breakdown and generate a more volatile and anarchic global economic environment.

The IMF will play an important role in shaping the international community’s responses to these opportunities and risks. Its views will influence the advice it gives its member states, the conditions it attaches to the financial services it offers them, and its selections of topics for its publications and research activities. They will also affect its willingness to adapt its governance arrangements to the changing global order.

The IMF’s high profile and the role of the finance committee in its affairs means that Kganyago’s appointment creates the opportunity for some African gains in international economic diplomacy.

Given the realities of global power relations, African countries must measure progress in international economic diplomacy in millimetres, not centimetres.

At its core global economic diplomacy is about how the global economy is structured, how decisions about its functioning are made and whose interests it serves. Unsurprisingly, the rich and powerful countries have the strongest voices in global economic governance. They pay careful attention to issues that affect their interests and their control over the global economy. The realities of power means that they are likely to get their way on these issues, regardless of the merits of their views.

But developed countries also know that there is a cost to imposing their views on other states. As a result, they tend to be more open to persuasion on issues that affect them less directly. Thus, at the margins, African countries can expect to win some concessions. But this will only happen if they are clear-eyed about global political and economic realities. The will also need to carefully pick their issues to effectively make their case.

The scope for making gains obviously expands if their representatives play a leading role in the institutions of global economic governance.

How can they make the most of the opportunities created by Kganyago’s appointment?

Gains to be made

First, although the global economy is in better shape, it’s still subject to a great deal of uncertainty. As major central banks raise interest rates they could cause problems for sovereign and corporate debtors in developing countries. There are also significant geopolitical, technological and environmental risks. Having an African as chair of a major global economic governance committee could help ensure that the concerns of African countries receive appropriate attention.

Second, as the global order evolves, more attention will need to be paid to adapting the governance of the IMF and the other institutions of global economic governance. Inevitably, most attention will be paid to the concerns of the major powers– old and new.

The interests of Africa, the most under-represented region in global economic governance, can easily be ignored in this context. But having an eloquent and respected African as the chair of a major committee will mitigate this risk.

Third, Kganyago’s appointment can facilitate better relations between Africa and the IMF. Historically, many African countries have found the social cost of its assistance extremely high. Nevertheless, there are a number of African countries, including South Africa, that could find themselves being forced to seek IMF assistance over the next three years. In this event, having a senior government official in a high profile international finance position could be very helpful in facilitating dialogue with the IMF.

Kganyago can help make sure that the IMF fully understands the governance and institutional challenges that African countries face. This should help in the push to create sustainable and inclusive economies that have a realistic chance of meeting the 2030 sustainable development goals.

Kganyago’s appointment creates the possibility for African countries to move global economic governance a few millimetres in their direction. Its not an insignificant development in international economic diplomatic terms.