Home › Development › Response to The Guardian’s Opinion Piece on Tunisia

Response to The Guardian’s Opinion Piece on Tunisia

From Gerry Rice, Head of Communications at the IMF: 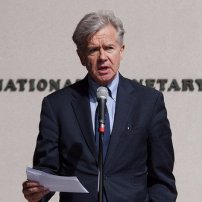 Jihen Chandoul’s frustration about economic conditions in Tunisia is understandable, but claims in her January 17 article are misplaced.

Tunisia’s fragile economic condition is a result of not just external shocks (such as terrorist attacks or weak growth in Europe), but also its model of state patronage: the public sector provides every fifth job. With its outsized wage bill—among the highest in the world, representing almost half of Tunisia’s total budget—this model is not sustainable and has come at the expense of social programs for the vulnerable.

Jobs and fairness will come with economic growth. Growth will come with improved business and investor confidence, which in turn will come once Tunisia can cut its deficits, and control debt and inflation. This rightly is the rationale underlying the government’s 2018 budget, which in addition to strengthening tax revenue, aims at funding pensions on a more sustainable basis, maintaining public investment levels, and increasing spending on social programs.

The IMF does not advocate austerity. We advocate well-designed, well-implemented, socially-balanced reforms. We have consistently highlighted the need to spread the adjustment burden in a fair way and protect the most vulnerable from its effects. This includes maintaining subsidies on basic food products; increasing taxes on products mostly consumed by the more affluent; strengthening tax collection; cracking down on tax evasion; and ensuring that the reduction in wage relies on voluntary departure and early retirement schemes, not mandatory layoffs.

Economic reforms are key to achieving the growth and fairness that the Tunisian people are rightly demanding. Reversing the reforms currently underway will only mean the bill will grow and fall on future generations.