Beijing New Airport is a major project in China that is expected to be completed in 2019. The new project, which started in 2014, will be one of President Xi Jinping’s legacies in the People’s Republic of China. 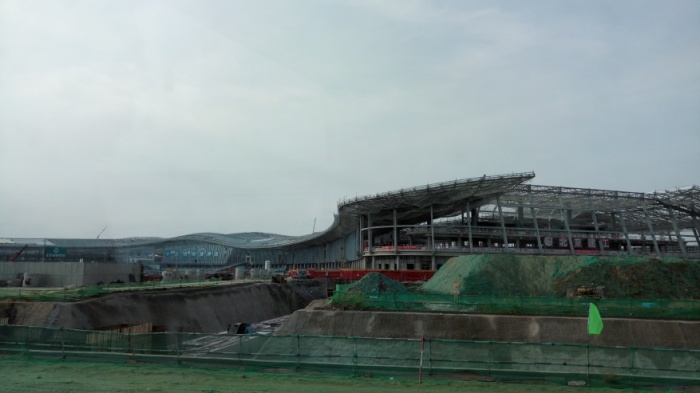 It can be recalled in February this year, President Xi pointed out when inspecting the New Airport Construction site that the Beijing New Airport is the major landmark project of the Capital and a new powerhouse of the national development.

Zhu Wenxin, Spokesman for the Construction project told journalists on Monday in Beijing that the New Beijing Airport will be a new hub, new national gateway, and a new engine in China’s growth; and it will accommodate the largest traveling flow in China. “It will improve the land, air, and subway traveling,” he said.

The Beijing New Airport is situated between Yufa Town and Lixian Tang of Beijing Daxing District and Guangyang District of Langfang, Hebei Province. It is 46km away from the Tian’anmen Square, 67km from the Capital Airport and 85km from Tianjin Airport.

A large modern international aviation hub and a century project practicing the new development concept of innovation, coordination, environmentally friendly, openness and sharing are rising in the south if China’s capital.

Once the rail is completed, passengers will need only about 30 minutes to get from the airport to central Beijing.

Two of the four biggest Chinese air carriers, China Southern Airlines and China Eastern Airlines – currently at Beijing Capital – will move their main operations to the new facility and will account for four-fifths of its traffic.