With Liberian officials responsible for security in the country, the United Nations Security Council has encouraged the Government to put in place an election security plan for the October polls. 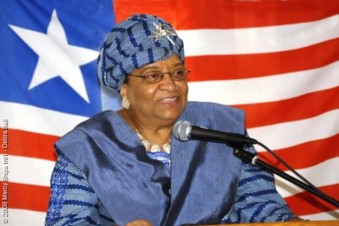 The 15-member Council agreed a presidential statement – which is similar in tone to a resolution but not legally binding – commending the Liberian Government “for progress towards restoring peace, security and stability” in the country.

The statement notes that plans are underway for the presidential and legislative elections to be held in October 2017, and urges that they be “free, fair, credible, and transparent” and include full participation of women.

President Ellen Johnson-Sirleaf, whose two terms end this year, has reassured the Economic Community of West African States (ECOWAS) that the polls will be peaceful.

In addition to concerns for safety during the polls, girls and women in the country continue to face “high incidence” of sexual and gender-based violence, said the statement signed by Ambassador Liu Jieyi, who holds the rotating presidency for the month of July.

The Council notes that given the transfer of security responsibilities for Liberia’s security services on 30 June 2016, the Government should create a plan for the elections, and provide adequate resources behind the plan.

Among other issues raised in the statement was the need for Liberian officials to expand efforts to address the root causes of conflict in the country, to reinvigorate the reconciliation process, and to promote land reform.

“The Security Council encourages the Government of Liberia to accelerate its accountability and transparency efforts to bolster public confidence in advance of elections and transfer of power, and stresses the need for the Government to honour its commitment to support the passage of the Land Rights Bill and the Local Government Bill,” according to the statement.

The approval of the bills would have a positive impact on people’s lives and contribute to overcoming societal and structural inequalities which helped to lead to the conflict.

Like Loading...
‹ Security Council expresses concern over the threat of terrorism in West Africa
Self-help vigilante groups are reshaping security against Boko Haram ›