Amid rising terrorism and violent extremism in West Africa and the United Nations envoy for the region called on the Security Council to further support national and Regional efforts to combat this “serious threat”, including strengthening the UN Integrated Strategy for the Sahel.

The efforts of the region’s States towards broader development, increased investment, improved infrastructure and job creation are being undermined by factors of insecurity “both traditional and new,” warned Mohamed Ibn Chambas, the head of the UN Office for West Africa (UNOWAS).

Terrorism and violent extremism, which aggravate humanitarian crises and erode the integrity of the region’s States, have exacerbated traditional threats in West Africa and the Sahel region, which includes Mali, Mauritania, Cameroon, Burkina Faso, Senegal, Nigeria and Niger and Chad.

“These factors, combined with climate change, youth bulge and unemployment and unchecked urbanization constitute veritable push factors underpinning the surge in irregular migration and human trafficking,” he explained to the Council.

In the Sahel, the envoy continued, instability in Mali continues to spread into north-eastern Burkina Faso and western Niger, as evidenced by the recent deadly attacks in the border areas between these three countries. In the Liptako-Gourma region, which links Mali, Burkina Faso and Niger, the past month has been marked by an intensification of terrorist activities and violent extremism, including coordinated cross-border attacks on border crossings. 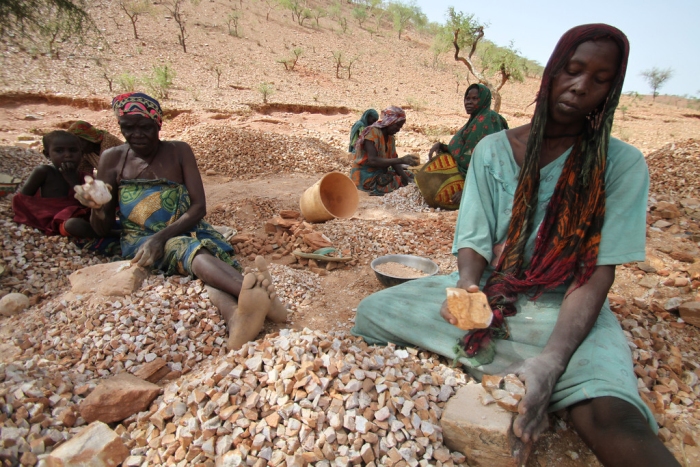 The leaders of those three countries met in Niamey on 24 January, and announced the formation of a multinational security force. The announcement came in the context of ongoing discussions on the operationalization of the G5 Sahel Joint Force (FC-G5S), an initiative that also includes, in addition to Mali, Burkina Faso and Niger, Chad and Mauritania. He called on the Security Council to further support the national and regional initiatives of the Sahel States against violent extremism and terrorism.

Turning to the situation in the Lake Chad Basin, Mr. Chambas said that despite the remarkable efforts of the Multinational Joint Force against Boko Haram, recent attacks demonstrated that the terrorist group remains a “serious threat” to the region. The mode and sophistication of these attacks, he added, suggest that the terrorist group has benefited from reinforcements.

The attacks, the UNOWAS chief stressed, have “devastating humanitarian consequences” in the Lake Chad Basin, where 5.2 million people, many of whom are displaced, are in a vulnerable situation.

At the same time, the threats posed by extremists and terrorist groups should not obscure other traditional threats to security in the region, such as the rise of inter-communal tensions in several countries, including clashes between herders and farmers. Also of concern is the intensification of smuggling, cross-border crime and human trafficking in areas where State structures are scarce.

“This insecurity,” he said, “also extends to the Gulf of Guinea, where piracy is increasing.”

In view of these threats, he considered that the UN Integrated Strategy for the Sahel presents an effective multidimensional response to streamline efforts and reduce duplication between the various initiatives in the Sahel.

In that context, Mr. Chambas said he is ready to continue working with the States of the region to strengthen justice, the rule of law, security reform and national reconciliation.

Like Loading...
‹ IMF Executive Board Completes First Review under the Extended Fund Facility (EFF) with the Arab Republic of Egypt
Kenyatta or Odinga? Why dynastic politics is alive and well in Kenya ›