Nigeria has launched a Voluntary Asset and Income Declaration Scheme (VAIDS) to ensure Nigerian taxpayers work out a flexible way to pay their outstanding tax liabilities due from them relating to the last six relevant tax years.

The Minister for Finance, Mrs. Kemi Adeosun, has explained that the newly launched Voluntary Asset and Income Declaration Scheme (VAIDS) is a credible platform put in place for defaulting Nigerian taxpayers. 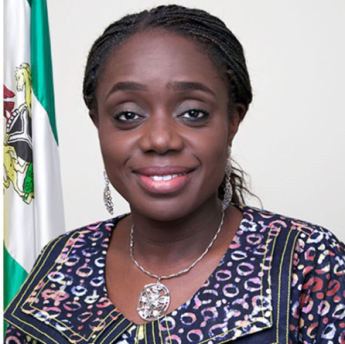 She said the platform will regularize their tax transactions and obtain genuine tax clearance certificate for all the relevant years without fear of criminal prosecution for tax offenses and with the benefit of forgiveness of interest and penalties.

Speaking in Abuja shortly after the launch of the new Voluntary Asset and Income Declaration Scheme by the Acting President, Professor Yemi Osinbajo last week, the Minister said the Scheme offers a 9-month window to allow Nigerians, who may have evaded tax, whether ignorantly or deliberately, in the past six years, the opportunity to do their civic duty and pay the correct taxes, thereby avoiding criminal prosecution at the expiration of the scheme.

“The Voluntary Asset and Income Declaration Scheme is specifically targeted at taxpayers who have not been fully declaring their taxable income/assets; have not been paying the tax due at all; have been underpaying or under remitting; are under a process of tax audits or investigations with the Relevant Tax Authority; are engaged in tax disputes with the Relevant Tax Authority but are prepared to settle the tax dispute out of court; are new taxpayers who are yet to register with the tax authorities; and are existing registered taxpayers who have new disclosures to make.

“It does not matter whether the relevant tax default arose from undeclared assets within or outside the country. If tax should have been paid, the Voluntary Asset and Income Declaration Scheme is providing a once in a lifetime opportunity to declare the tax outstanding and resolve it definitively”.

The Minister further disclosed that one great benefit of participating in the Scheme is that taxpayers would be free to transfer assets that they had previously held in nominee and other names into their own name.

“Many Nigerians have lost assets in the course of trying to conceal them from the authorities. Such losses typically occur in the event of death or an urgent need to liquidate assets when required documentation and proof of ownership cannot be provided.  The global focus on illicit financial flows is such that global regulations will only become tighter with time, thus this opportunity to regularise ownership of assets should be seized as proper declaration allows assets to be legally and formally held by the true owner.

“Those taking advantage of the Scheme by declaring honestly and fully will be free from prosecution and will qualify for forgiveness of penalties and interest”.

Upon expiration of the Voluntary Asset and Income Declaration programme in March 2018, Government will concentrate criminal prosecution efforts on those who have evaded taxes and yet failed to take advantage of the scheme.

“Those who fail to take advantage of the scheme and are later found to have under-declared their taxes or assets will be treated as willful tax evaders and will, therefore, face the full force of the law and will not be shielded by anonymity”, Mrs Adeosun stated.

The Minister also clarified that VAIDS is not restricted to overseas income and assets, as it also covers income derived from part-time businesses, vocations, professions and economic activities other than the main or principal sources of incomes accruing to taxpayers. These include annuities, yields, and other incidental incomes derived from investments such as rentals on residential and commercial properties, cash and non-cash investments and investments in other asset classes.

“The idea of the scheme is that it is a voluntary programme, the decision to participate should, therefore, be left to the taxpayers. The FIRS and other Relevant Federal and States Tax Authorities shall give effective publicity to the program and encourage as many people as possible to take advantage of it. This will also be complemented by the Community Tax Liaison Officers. Intending participants in the Scheme are advised to confirm the extent of their Nigerian tax liabilities with their professional advisers”, she stated.

Mrs. Adeosun who decried Nigeria’s low tax revenues which, according to her, are at variance with the lifestyles of a large number of its people and with the value of assets known to be owned by Nigerians resident around the world, said there has been a systemic breakdown of compliance with the tax system with various strategies used to evade tax obligations. These include but are not limited to, transfer of assets overseas, the use of offshore companies in tax havens to secure assets, and the registration of assets in nominee names.

“Nigeria’s tax to GDP ratio, at just 6%, is one of the lowest in the world (compared to India’s of 16%, Ghana’s of 15.9 %, and South Africa’s of 27%). Most developed nations have tax to GDP ratios of between 32% and 35%. Whilst considerable progress has been made with taxing those in formal employment, self-employed persons, professionals and companies are able to evade full tax payment due to the inability of the tax authorities to access and assess their true income. According to Federal Inland Revenue Service, the total number of taxpayers in Nigeria is just 12,649,654 [as at April 2017]. Of these, 96 percent have their taxes deducted at source under PAYE and just 4 percent comply with Direct Assessment”.