Kenya Railways (KR) has on  June 30, 2017, announced that operations of the Inter-county train service on the Madaraka Express will not commence on Saturday, July 1, 2017, as earlier communicated. 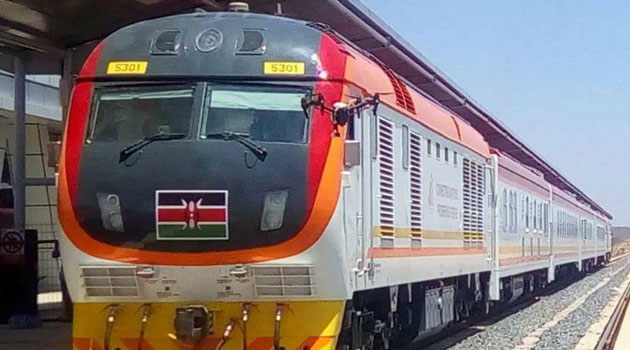 Kenya Railways Managing Director Mr. Atanas Maina has said that the plans have been hampered by the late arrival of some of the operator’s key staff. This has in turn delayed critical technical and operational processes that should have been completed by now in order to enable the service commence on July 1, 2017.

“We had anticipated that critical technical and operational handover processes would have been completed by now. However, there has been a delay due to the fact that most of the Operator’s (China Road and Bridge Corporation) key staff are arriving now and require time to go through the handover processes. We expect to conclude the handover processes in the coming weeks and launch the Inter-County train service soon,” he said.

Mr. Maina went on to affirm the Corporation’s commitment to delivering on the promises made on the Madaraka Express service, given the concerns that have been raised by the general public since its launch a month ago.

“The huge numbers we’re seeing daily are a confirmation of the need Kenyans have for an effective transport system. We are receiving a lot of feedback, and have deployed teams to address customer care and operational concerns that keep emerging. We anticipate that by this slight extension, we shall address any impending issues, and streamline all service areas to ensure a seamless experience for all our passengers plying the nine key locations,” he said.

So far, Madaraka Express has transported approximately 75,000 passengers on the express train which has been operational for a month now.

The management states that the Madaraka Express is currently operating with scheduled passenger trains from Nairobi and Mombasa running on a daily basis, adding that it was projected that with the introduction of the Inter-county service, the Corporation would revise the existing schedule to include return trips thus enabling customers desiring to travel between Mombasa and Nairobi in both directions to do so on the same day.

“Passenger numbers on the service are surging daily and the Operator has increased the capacity of the train through introduction of additional coaches on both the trains plying between Mombasa and Nairobi daily,” the management continued.

“The capacity of the train has also been increased through the introduction of one more coach each, so that each train is carrying approximately 1500 passengers per train. Cargo operations have also commenced albeit on a trial basis as the handover process is undertaken, in order to be ready for the launch of freight operations later in the year.”