Sickle Cell: A major contributor to maternal and infant mortality in Sierra Leone

Freetown: The Sickle Cell Disease (SCD) is causing devastation in Sierra Leone amidst little attention to the genetic condition from the public health system, according to patients and a campaign group.

SCD, also known as Sickle Cell Anaemia, is a condition caused by the abnormal growth of the red blood cell, leading to suffering among patients. The condition is hereditary, meaning it can transfer from parents to their offspring.

In Sierra Leone many sufferers dye in silent agony due to lack of proper care, say the Sickle Cell Society of Sierra Leone (SCS-SL), noting that it is also a leading driver of maternal and infant deaths in the country. 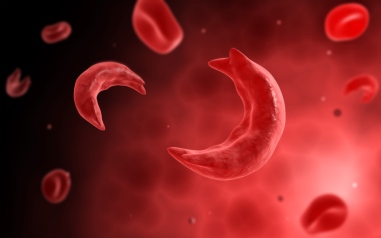 In addition, because of their shape, sickle cells tend to get stuck in blood vessels, blocking blood flow. This can cause pain and organ damage, as does constant deprivation of oxygen-rich blood. This organ damage is what makes sickle cell a fatal condition.

Amelia Eva Gabba, Programme coordinator of the Sickle Cell Society of Sierra Leone, says sickle cell anaemia is a major contributor to the high rate of infant and maternal mortality in the country.

“Hemorrhage, which is one of the causes of maternal death in this country, depends on the [amount of] blood in the system. If you have very little blood it doesn’t matter how much you lose,” Gabba said in an interview with KMN. She said it was therefore crucial that the government recognized this and included sickle cell disease into its priority list of public health emergencies.

Ms Gabba, a retired nurse, has had a firsthand personal experience with the Sickle Cell Disease. As a carrier of the trait herself, she lost her first daughter to the disease after a 23-year battle. The elderly nurse, who is a former president of the West African College of Nursing, says she felt obliged to share her experience dealing with her daughter’s illness.

As a specialist in public health and social sciences, Nurse Gabba says working with Sickle Cell patients has also enriched her experience such that it could have helped her family a great deal if she had known as much before losing her daughter.

“Sickle cell is a condition wherein if you want to take care of them [patients] you must have passion,” she said.

The Sickle Cell Society was established in 1992 by people with similar experience as Nurse Gabba. As programme coordinator, she directs the society’s activities from their head office at Thomas Street in the west end of Freetown.

Twenty-five years on, the group boasts of two centers from where it renders life saving services to the 2, 266 sickle cell patients registered with it. Besides providing clinical consultative services, counseling and care of patients and families, the society also serves as an advocacy forum, undertaking public education in schools and town hall meetings.

According to Gabba, most of the over 2000 registered sickle cell patients are in Freetown. She says they believe that this population represents just a tiny fraction of the national figure. Yet the only available statistics on the disease in Sierra Leone, which places the prevalence rate at 1.4 percent, were sourced from a study done over 20 years ago.

The society wants the government to undertake a new study to ascertain the exert statistics of sickle cell sufferers. It also recommends that new born babies are screened for the trait, as is done in other West African countries like Nigeria and Ghana.

SCS-SL has also called for an improvement in services at health facilities, especially referral centers and under-five clinics, to enable timely response to patients who arrive in conditions demanding emergency treatment.

Like Loading...
‹ Perpetrators of suicide attacks in Nigeria must be held accountable – UN chief
Madagascar to receive US$86 Million disbursement from the IMF ›