“I will not hesitate to take further action if these recent crimes fall within the jurisdiction of the ICC and will take all necessary measures to bring perpetrators to account, with full respect for the principle of complementarity.” Prosecutor of the International Criminal Court wars armed groups in Central African Republic (CAR). 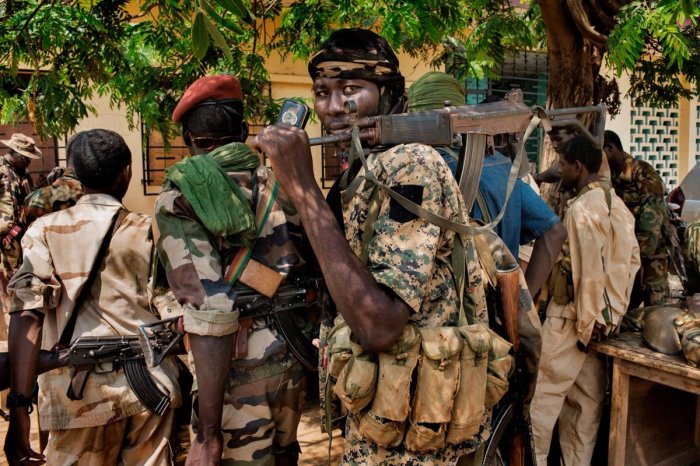 The Prosecutor of the International Criminal Court, Mrs Fatou Bensouda, has strongly implored groups engaged in violence in the CAR that the “crimes must stop!”

Violence and clashes between armed groups in several parts of the Central African Republic (“CAR”) have increased in the last months.

The latest upsurge in deadly violence in the Central African Republic saw the first use of heavy weapons and more sophisticated military tactics by a predominantly Christian armed group, according to Diane Corner, the U.N. deputy special representative in the country.

“I am deeply concerned about this development and the recent attacks reported in Bangassou, Bria and Alindao. The current situation appears extremely precarious with reports of violence and allegations of serious crimes committed against civilians, peacekeepers and humanitarian workers.  These reported crimes may fall under the jurisdiction of the International Criminal Court (“ICC”), and must immediately stop,” she said, urging all individuals and groups in the CAR engaged in violence, including those who appear to be linked to the anti-Balaka and ex-Seleka groups, to desist.

“My Office is monitoring these developments very closely to assess what further action may be required.

“We stand ready to assist the competent Central African authorities who have the primary duty to investigate and prosecute those allegedly responsible for these crimes.”

Bensouda said her Office has been investigating crimes committed in the CAR since 1st of August 2012, following a second referral by the national authorities, and that work in the country continues.

Corner said that since May 8 more than 150 people, including six U.N. peacekeepers, have been killed in the southeastern city of Bangassou, the southern town of Alindao and the northern town of Bria, and the death toll may rise.

Like Loading...
‹ Conflicts in the Middle East and North Africa jeopardise the health of 24 million children – UNICEF
Burundi refugee crisis could become third-largest in Africa- UN ›