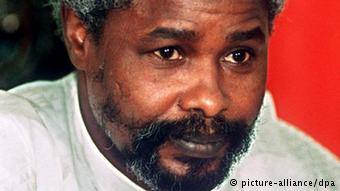 Senegal Court has upheld life sentence for Chad ex-leader Hissène Habré who was convicted on May 30, 2016, for crimes against humanity, war crimes, and torture, including sexual violence and rape.

Habré was tried by the Extraordinary African Chambers in the Senegalese court system and sentenced to life in prison. The defense argued that the trial was unfair.

The ruling from the appeals court in Dakar on Thursday drew a 16-year-long battle by victims of Hissene Habre’s regime to a close and ensured the former dictator will spend the rest of his life in prison.

The advent of the trial, 25 years after Habré was overthrown and fled to Senegal, was entirely due to the perseverance and tenacity of Habré’s victims and their allies such as Human Rights Watch.

The New York Times  has called the case “a Milestone for Justice in Africa.”

Habré seized power in Chad and ruled from 1982 until he was deposed in 1990 by Idriss Déby.

Habré’s one-party régime, like many others before his, was characterised by widespread human rights abuses and atrocities. He denies killing and torturing his opponents.