Pre-Trial Chamber I of the International Criminal Court (ICC) has made a warrant of arrest for Al-Tuhamy Mohamed Khaled (“Mr Al-Tuhamy”) for allegedly responsible for war crimes and crimes against humanity in the context of the situation in Libya in 2011. 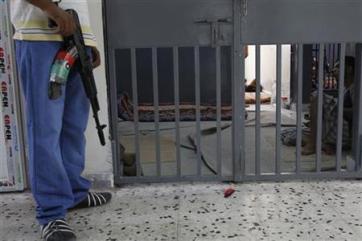 Prison guard in a prison in Libya

The decision to unseal the warrant of arrest was delivered upon the ICC Prosecutor’s request submitting that “reclassifying the warrant of arrest as public may facilitate [Mr Al-Tuhamy’s] arrest and surrender as all states will then be aware of its existence” and “could foster support and cooperation for an arrest operation from the international community”.

The warrant of arrest was issued under seal on 18 April 2013. Mr Al-Tuhamy is charged with four crimes against humanity (imprisonment, torture, persecution, and other inhumane acts) allegedly committed in Libya from 15 February 2011 until 24 August 2011, and with three war crimes (torture, cruel treatment and outrages upon personal dignity) allegedly committed in Libya from at least early March 2011 to 24 August 2011.