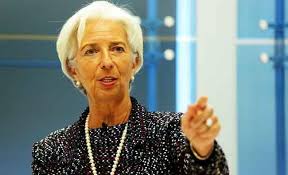 She says slower growth could also jeopardize the financial and social stability of some countries by making it more difficult to reduce excessive inequality and sustain private debt and public obligations.

“So, leaning back and waiting for artificial intelligence or other technologies to trigger a productivity revival is simply not an option,” she noted, adding that, policymakers must take action to address the forces that are holding back innovation and technology diffusion.

“One thing is clear. We need more innovation, not less. Market forces alone will not be able to deliver that boost, because innovation and invention are to some degree public goods. Smartphone technologies, for example, have hugely benefited from state funding, from the internet to wireless networks to GPS to touch screens. At the same time, various policy barriers may actually impede innovation.

“We know from well-established research that trade encourages firms to invest in new technologies and more efficient business practices. It also encourages the sharing of new technologies across borders. The lack of global demand and the gradual increase in trade restrictions have led to a slowdown in trade growth in recent years. This, in turn, has hurt the productivity and living standards of all citizens,” she said.

She also notes that a third productivity headwind is the unresolved legacy of the global financial crisis in some major economies.

“Our new Staff Staff Discussion Note, which we are releasing today, underscores that the legacy issue is a crucial factor. Unlike normal economic slowdowns, deep recessions leave permanent scars on total factor productivity.

“We saw this in the past, and we have seen it again in many countries after the 2008 financial crisis, especially in Southern Europe.

A major factor was the impact of the credit crunch on firms that had entered the crisis with high levels of debt. These companies were often forced into fire sales of assets and deep cuts in physical and intangible investment—with lasting effects on productivity.”

Like Loading...
‹ IMF implores Djibouti to press ahead with critical reforms aimed at translating investment
Re-Engineering Development in African Countries ›