To transform agriculture we must recognise the critical role women play in agriculture in Africa. We must invest in measures that target the needs of women farmers including access to land, improving market access, increasing access labour-saving tools, and providing improved seeds and quality fertilisers,” said Africa Development Bank president Akinwumi Adesina.

Adesina was addressing Heads of States, and governments and partners for the implementation of empowering women in agriculture and of the affirmative Finance Action for women in Africa Initiative being held at the African Union Summit in Kegali, Rwanda.

The agricultural sector has over the years being the major sector  driving the economies of most African countries by providing jobs for the millions of young people and source for goods for local and international consumption.

Unfortunately, the sector which used to have men at the forefront experienced a shift with the migration of people from the rural sector to urban areas in search for better opportunities, while in some areas the farm lands became mining grounds and forests.

However, facing the challenges of raising the kids, high level of illiteracy and tradition, women stayed back home, the majority engaging into subsistence agricultural activities, with only a smaller proportion with limited resources, engaging into commercial agriculture.

Women’s role in agriculture has therefore being of vital importance to African economies and the President of the African Development Bank (AfDB), Akinwumi Adesina reiterated on July 16, 2016 that the AfDB is commited to support empowerment of women in Agriculture in order to unlock the sector’s potential.

President Adesina underlined the importance of ensuring access to financing. “Women pay back loans. They are bankable, but the banking system does not lend to them,” he said, adding: “We want to change this; we want to de-risk the financial system and allow institutions to give loans to women.” He referred to the AfDB’s Affirmative Finance Action for Women in Africa (AFAWA) program, launched at the 2016 Bank’s Annual Meetings, to provide available, accessible and affordable financial services to women in business through selected financial institutions. 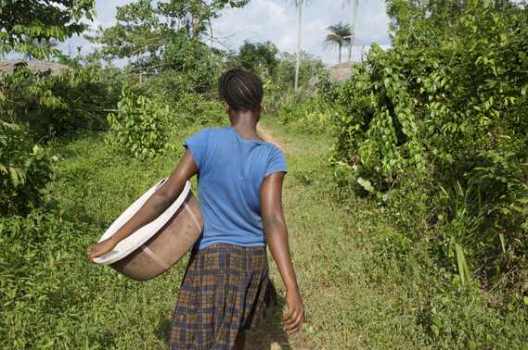 Liberia’s President, Ellen Johnson Sirleaf, who is EWA’s co-chair, lauded the Bank’s Programme, which she said shared a common agenda with EWA. Empowering women, she added, “has the potential to lift millions out of poverty especially through agriculture.” She appealed to countries to integrate women farmers’ interests in programmes for agricultural transformation in Africa. “This will ensure women are part of the economic growth and development,” she said.

According to APO, Senegal’s President, Macky Sall, called for speedy implementation of measures that enable women to play a leading role in the business of farming and agricultural value chains. “We have discussed a lot in Africa; we need to move to action be part of agriculture value chain. We have to boost women’s productivity and increase their participation in commercial and higher value-add activities in agriculture, as women make up more than 50 percent of the agricultural labour force in Africa.”

Rotavirus vaccines made available for use in humanitarian crises