South Africa — Internationalization of RhODIS®  and eRhODIS®  at the University of Pretoria (South Africa) is among 16 awardees from different parts of the world presented with the ‘Wildlife Crime Tech Challenge’ prize by USAID and it partners. 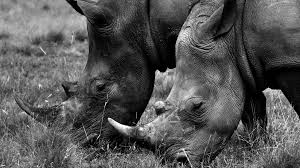 The project aims to increase its impact through development and validation of an internationally available rhinoceros nuclear DNA analysis kit.

The DNA- and IT-based Rhino DNA Indexing System (RhODIS®) and Electronic Rhino DNA Indexing System (eRhODISTM) provide forensic tracing for African rhinoceroses and their parts (including horns), linking parts back to source animals and criminals to specific crimes. The project aims to increase its impact through development and validation of an internationally available rhinoceros nuclear DNA analysis kit.

Crawford Allan, Senior Director of TRAFFIC, applauds USAID’s leadership on the Challenge: “Wildlife Trafficking has now become a tool of sophisticated organized criminals to finance other atrocities and cause chaos. We need new and equally sophisticated solutions to disrupt these criminal networks, expose corrupt officials, and shake up consumers that are driving the demand.  The Wildlife Crime Tech Challenge is the most innovative program I’ve seen dedicated to this issue, and we are happy to support it.”

The United States Agency for International Development (USAID) will award $10,000 to each winner and provide technical support to help them advance their solutions to stamp out illegal trade in wildlife. Winners are eligible to compete for one of four Grand Prizes worth as much as $500,000. USAID will use Grand Prizes to target and invest in the most promising solutions.

The Wildlife Crime Tech Challenge is an initiative of USAID, in partnership with National Geographic, the Smithsonian Institution, and TRAFFIC, the wildlife trade monitoring network. Launched in 2014, the Challenge is finding new, innovative solutions to the most intractable issues in the fight against wildlife trafficking. The program represents one component of USAID’s efforts to support the National Strategy for Combating Wildlife Trafficking.

“Wildlife trafficking not only threatens to wipe out iconic animals such as elephants and rhinoceroses, it is also devastating communities worldwide through associated criminality, violence and theft. Through this program, we are bringing in new ideas and engaging with new audiences to halt the devastation before it is too late,”said Cynthia Gill, Director of USAID’s Forestry and Biodiversity Office.

Selected out of a pool of 300 applicants from 52 countries, prize winners are individuals, universities, nonprofits, and corporations from Africa, Asia, Australia, Europe, and the Americas. Winning innovations include a variety of solutions at all stages of innovation that address four critical issues: detecting and predicting transit routes; strengthening forensic evidence; reducing consumer demand and addressing corruption.