In their quest to address to save millions of people from malaria, the British chancellor, George Osborne, and the Microsoft founder, Bill Gates, have unveiled a plan to spend billions to defeat “the world’s deadliest killer” malaria. 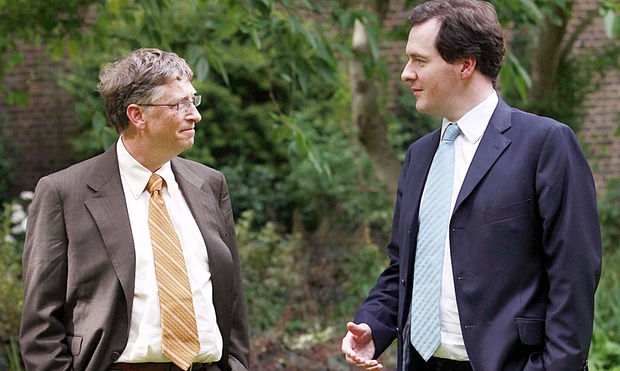 George Osborne (right) with Bill Gates in the garden of 11 Downing Street in 2010. Photograph: Jason Alden/AFP/Getty

Osborne and Gates announced £3bn (US$4.28bn) in funding over the next five years for research and to support efforts to eliminate the mosquito-borne disease.

“When it comes to human tragedy, no creature comes close to the devastation caused by the mosquito,” the two wrote in a joint article in the Times.

“We both believe that a malaria-free world has to be one of the highest global health priorities.”

The fund would be made up of £500m a year from Britain’s overseas aid budget for the next five years, as well as $200m this year from the Gates Foundation, with more donations to follow.

It comes two months after Gates and the government announced their new partnership to fight malaria. The Ross Fund — named after Sir Ronald Ross, the British scientist who won a Nobel prize in 1902 for proving that mosquitoes transmit malaria – was set up in November to invest in global health research to support the fight against the disease and other neglected and emerging infectious illnesses.

At the time Osborne pledged a one-off contribution of £1bn to the fund. That undertaking has since been expanded to £2.5bn over five years.

“Both of us have seen what malaria can do,” Osborne and Gates wrote.

“There are 200 million cases of the illness each year, which keeps parents out of work and children from school. Household budgets can be devastated by the need to pay for medicine and transport to clinics. In the poorest places, malaria is both a cause and a consequence of poverty. It costs Africa billions of pounds a year in lost productivity and can account for 40% of public health expenditure.” There were 438,000 malaria deaths in 2015, most of them of children aged under five, and the majority of them in Africa, according to the World Health Organisation.

Efforts to control the disease have made significant progress in the last 15 years, but are threatened by the spread of resistance to antimalarial drugs and to insecticide, the WHO said in its World Malaria Report 2015.